Uncovering the Ancient Mysteries of Philae 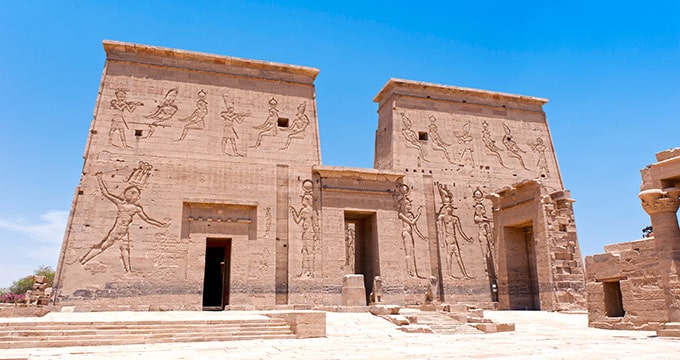 The ancient mysteries of Philae have been a source of fascination for thousands of years. Located on the southernmost tip of Egypt’s Nile River, the island of Philae was once the site of an essential temple complex dedicated to the goddess Isis. Today, it is an archaeological site that continues to draw visitors from all over the world.

Philae was an important religious centre in ancient Egypt, and many archaeologists believe it was also a central trading hub. The island was home to several temples, including one dedicated to Isis, and it served as an important pilgrimage site for those wishing to pay homage to the goddess. It is believed that this temple complex was built sometime in the 7th century BC and remained in use until its abandonment in the 4th century AD.

The temple complex at Philae comprises several different structures, including a large temple dedicated to Isis, a smaller temple dedicated to Osiris, and several other smaller shrines and buildings. The most impressive structure on the island is the Temple of Isis, which is believed to have been built by Ptolemy II between 280 and 270 BC. This temple comprises two parts: a large outer court where visitors could come and pay their respects to Isis and an inner court where priests conducted rituals in her honour.

The Temple of Isis was decorated with beautiful hieroglyphics depicting scenes from Egyptian mythology and everyday life in ancient Egypt. These hieroglyphics are some of the best-preserved examples from this period, giving us insight into how people lived during this period.

The Temple of Osiris is another impressive structure on Philae Island. This small temple was built sometime between 250 BC and 200 AD and was used for rituals honouring Osiris, the god of death and resurrection. The walls inside this temple are covered with hieroglyphic inscriptions depicting scenes from Egyptian mythology and everyday life in ancient Egypt.

In addition to these two main temples on Philae Island, several other smaller shrines were located around the island that was used for various religious ceremonies throughout its history. These shrines were typically dedicated to minor gods or goddesses such as Hathor or Anubis, who were associated with death or fertility rituals, respectively.

The mysteries surrounding Philae have been captivating people for centuries now, but modern technology has only allowed us to uncover some new clues about its past. Archaeologists have used ground-penetrating radar technology to map out underground structures at Philae Island that had previously remained hidden from view for centuries due to sand accumulation over time. This technology has allowed researchers to uncover new information about how these structures were used during ancient times and their purpose when they were first built thousands of years ago.

The mysteries surrounding Philae remain unsolved today but continue to captivate people worldwide interested in uncovering its secrets from thousands of years ago. By using modern technology such as ground-penetrating radar, we can gain new insights into how these structures were used during ancient times, which can help us better understand our past and appreciate our present-day culture even more deeply than before!